A few posts on the story of how I got here and consequently WHY I stayed in Japan for 20 remarkable years.

So, if you have read my previous post, you will see how it is that I found myself in Kobe, Japan.  In later posts, I’ll expound more on adventures in the first 6 months in this wonderful and strange land.  In today’s post, however, I’ll try to put into words what has kept me here for a whopping TWENTY years. 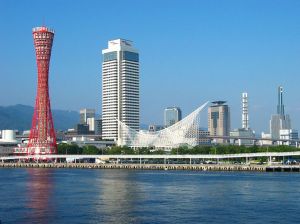 I suppose the first point would have to be burning determination to master Japanese language.  A bit silly, to be honest, as I didn’t have a SINGLE word under my belt before arriving here.  My second language was a very studied and well-practiced French (with a bit of Spanish on the side), which, with my deep interest and great passion for the language, had allowed me to become  rather fluent without a great amount of painstaking effort.  With a cocky confidence in my “natural ability” to become multilingual, I began my “short” stay in Kobe, eventually becoming employed as an English teaching professional and deciding to stay for longer than a year.

The first year of work in the Land of the Rising Sun, was wild and remarkably fascinating.  Employers ranged from English schools that trained business professionals to make presentations, pushed them through study programs for the GMAT, TOEFL and TOEIC exams as well as aiding them to become more proficient speakers of the English language.  It required me to ride the fast and efficient Japanese train lines, and move from city to city, sometimes 4 or 4 times in one day, adding diversity and colour to my exciting days.  There had never been such a feeling of being alive “in the moment” as I needed to watch for my train stops like a hawk, because I could not understand a single syllable of what the announcers were saying over the train PA systems. 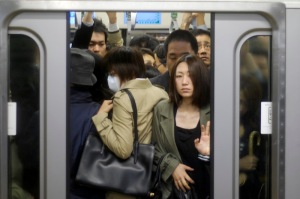 Once disembarking, the true challenge was maneouvering my way through the complicated streets, desperately scouring my memory banks for the landmarks to lead me to the small schools or office buildings where I was to be teaching my classes on any particular day.  I simply could NOT make a mistake, or the entire day would be shot and I’d miss out on classes and therefore payments for my work.  I felt remarkably alive, but for the entire first year, always entirely stressed out.

What kept my energy up was that I LOVED the work; how   could I NOT?  Every person   who came to study or to whom I was dispatched to teach was hungry to   learn and improve and be able to use their skills.  I have always found this an inspiring field and even more so these past 10 or 15 years with the dawn and incredible development of the internet.

Unfortunately, being in a new and foreign land with few friends and zero language skills of my own, it was no surprise that I found myself surrounded by aquaintences who were “friends” because it was a free way in which to use their English; on my side, my only way to have a social life with the Japanese.  Often invited to parties, outings and events for the students to practice their skills, I began to feel like a walking English doll; the only one responsible for this situation? Myself.  Hence,  a year later when I realized how very minimal my own linguistic progress had been, I decided to try and do something about it.

Enrolling in a language exchange at a local community center, I met Taiko.  A young woman with very very minimal English but a heart of gold and a diligence I’d never seen in anyone I’d ever met, either in Canada nor Japan.  We agreed to teach each other.  We spent the better part of my second year in Kobe teaching each other our respective languages, and soon, Taiko was quite proficient in English…I, on the otherhand, was still pathetically limited to “Hi, my name is Kim.” and “Yes, I like sushi very much.”  “No, I don’t likenatto!” (fermented beans traditionally eaten for breakfast).  So…now nearly 2 years in Japan, I still needed to get down and get dirty with the language….what to do.  Perhaps it was time to get more into the true Japanese side of life in Japan.

r idea.  It occurred to me that perhaps I ought to work on getting a position in the public school system somehow.   This was in May, and the school year in this country begins in April, so chances were nothing short of slim to say the least, but I sent my resume and cover letter to Kobe City Board of Education every two weeks continuously for two and a half months.  Finally, in August, they granted me an interview, and I was accepted to be the pinch hitting replacement for an Assistant Language Teacher who had had to make a sudden return to her home country.  I was IN!  Here would begin my initiation into REAL Japan and I vowed to learn to speak Japanese as quickly as possible.

e, as an ALT, we assist the English teachers and plan lessons and are also responsible for speaking as much English as we can with the staff to boot.  The work was also rather stressful, so once done for the hectic days of trying to prod and encourage shy and quiet classes of 40 students to “perk up and raise their hands and SPEAK English because it is FUN”, and working in a school of 900 kids, getting myself to get on a busy train and hike into a facility and sit for several hours and study Japanese was the LAST thing on my list of “things I want to do today after work”, but always on my guilty list of “things I really ought to be getting done”.  So, needless to say, my first two years in the public school system did not lead to any real progress, and now I had lost any inkling of confidence being a natural language learner.

Yet the stubborn side of me (my mother’s DNA, I’m sure), refused to give into “Japanese is too difficult to learn.”  This thought and the fact that I had become quite a good ALT and was now on my second school with a staff that was excited to have me as part of their staff, not only as an English speaker, but as they understood I had a hunger to honestly know about Japan, kept me in the country for yet another two years.  Cooking lessons in Japanese at one of the teacher’s homes every second week, conversations as we worked on the reconstruction, carpet-laying and painting of a classroom for English studies with my soon-to-retire principal, and a general “community” spirit lead to a fast linguistic improvement and an even deeper attachment to this country I was now beginning to call “home”.

After my first year at the school, Shinryodai Junior High School, I would have to change schools.  The school and I both requested otherwise, but it was simply “the system”.  I was heartbroken, but thought that perhaps it was an opportunity for change and looked for work in other parts of Japan…particularly the snowy places.  I was offered 3 jobs, and in December 1994, decided to take the job teaching English and Drama at a 2-year college in Toyama: a place where it snowed like hell in the winter!  (YEAH!) 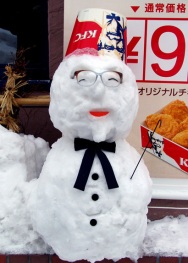 On January 11th I made my second journey to Toyama to sign my contract and talk about housing with the college.  As the train plowed through the snowy scenery, I felt completely ready for something new and challenging.  Little did I know what awaited me in Kobe upon my return.  My language skills would be challenged and my life would change in unforseeable ways in just a few short days…